The motion capabilities by ROVs provides new possibilities in surveying methodology not capable by other deep-water (>30 m) or video-based survey techniques. ROV-based sampling strategies often reflected the aims of the study, which could be classified into six major types (Study at the University of Tasmania, Australia https://www.utas.edu.au/):

ROV can make fish react in different ways, (attraction or avoidance). Studies suggest that most species (68%) behaved neutrally towards the vehicles. But the other 32% Responses to ROV are related to the following factors:

During Fish Census apart from the Size and Number the most important factor to check is fish health.

ROV surveys allow for systematic inspection of the sampling area. It is potentially useful where rapid assessments of species diversity within a complex habitat are required.

For more information please go to http://www.24marine.com/, and for many articles check www.fisheries.noaa.gov

During 2019 and 2020, many Class Societies have developed guidelines for Remote Inspection Techniques (RIT) using Unmanned Vehicles as Drones and ROV, in order to assess the conditions of the ship and perform hull conditions surveys with reduced human exposure and lower cost.

IACS 42 (Guidelines for RIT), shows the details and recommendations for this type of survey, mainly focus on close-up surveys and gauging.

The drone inspection is definitely a way to save time and money and to enhance SURVEYORS safety, as many of the inspected areas are high risk and difficult to access safely. With SMART SURVEY system, our marine surveyors never have to risk their lives by climbing to high places or be exposed to hostile conditions to conduct surveys.

The maritime industry has the main focus on the capabilities of Unmanned Vehicles to access and navigate the survey areas. In 24marine we have managed to adapt our Vehicles to be able to confirm whether or not the structure contains defects, such as corrosion, pitting, cracking, buckling, or coating breakdown. In the video below, see our vehicles in actions:

Here a summary of benefits of RIT with drones:

Over 40% of all P&I claims are due to damaged cargo caused by water ingress via the hatch covers. This represents more than USD 40 millions of damaged cargo yearly.
The main cause of cargo damage is non-watertight hatch covers. Cargo damage due to water ingress from hatch covers remain an important part of insurance claims.
This is the reason; Insurers and Clubs require vessels to maintain hatch covers in a waterproof condition. It is also the statutory requirement for as in the International Convention on Load Lines, 1966.
There are different methods for testing hatch covers:

The Ultrasonic test is the only method that generate systematic and objective results, to determine if the hatch conditions are acceptable or not.

Using just a sound transmitter inside the cargo hold and a detector outside, 24 Marine can detect ultrasonic waves coming from the cargo hold. The hatch cover is closed, fully cleated, and battened. The operator then uses the hand-held detector to listen for the ultrasonic waves from the outside, picking up all sounds that pass through the sealing arrangements, vents or cracks.

Before starting the test, our SMART SURVEORS calibrates the receiver for Open Hatch Sound Value (OHV). Then when performing the test, it recommended to use the 10% benchmark.

Virtual Reality is a technology that is ready to be implemented in our daily lives. This Article concentrate on the use of VR in the maritime industry.

During the past few years’ VR has become more and more used in the construction and real estate industry and has a lot of potentials to become a great tool for Marine and Vessel surveying and management.

In 24 Marine we have few years implementing virtual reality as part of the survey package standards for Vessels, boats, Industrial, and cargo surveys.

During all this time we have received many comments and feedback from our customers and affiliates, which we are summarizing in this article.

See article from VR survey from the user perspective HERE

A test ride is not just a pleasure cruise, it is your best chance to see how the vessel responds, accommodates passengers, and fit to your needs as a potential owner.

Spend the time wisely and get the feeling as if you own the boat already.

24 Marine Smart Surveyors are available to assist you on get a full assessment of the boat you are planning to buy. 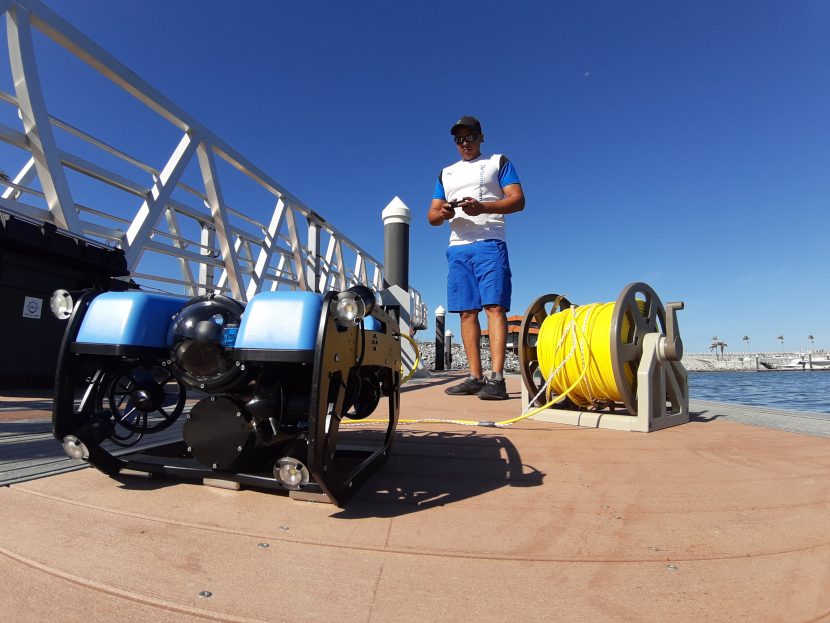 There are many safety advantages that ROVs can provide over divers. This short article will point the advantages of ROVs over human divers:

A Vessel Warranty Surveyor provides independent third-party technical review and approval to any marine vehicle or structure, It is crucial to include surveyors from the planning stages through to the physical execution.

In this video wee 24Marine.com surveyors conducting a Warranty survey on a Catamaran.

See the video below, our Orange ROV , from DELTA ROV.

Most of us has been affected by corrosion our boats.

There are different  types of corrosion affecting our boats:

In simple words, Corrosion is the irreversible damage or destruction of a material due to a chemical or electrochemical reaction with the environment.

Metal Corrosion is Caused when it reacts with another substance such as oxygen, hydrogen, an electrical current, or even dirt and bacteria. Corrosion can also happen when metals like steel are placed under too much stress causing the material to crack

On boats are mainly three types of corrosion:

Galvanic Corrosion:
It is simply an electrochemical reaction between two or more different metals. The metals must be different because one must be more chemically active (or less stable) than the others for a reaction to take place. When we talk about galvanic corrosion, we’re talking about the electrical exchange. All metals have electrical potential because all atoms have electrons, which have an electrochemical charge. (see https://www.boatus.com/)

Electrolytic Corrosion:
It is simply a process of accelerated corrosion. In this process, a metallic surface is continuously corroded by other metal it is in contact with, due to an electrolyte and the flow of an electrical current between the two metals, caused from an external source of electromotive force.

Ordinary Corrosion:
Some times called rust, it is a chemical process which results in the formation of red or orange coating on the surface of metals, this reaction causes damage and disintegration of the metal starting from the portion of the metal exposed to the environment and spreading to the entire bulk of the metal.