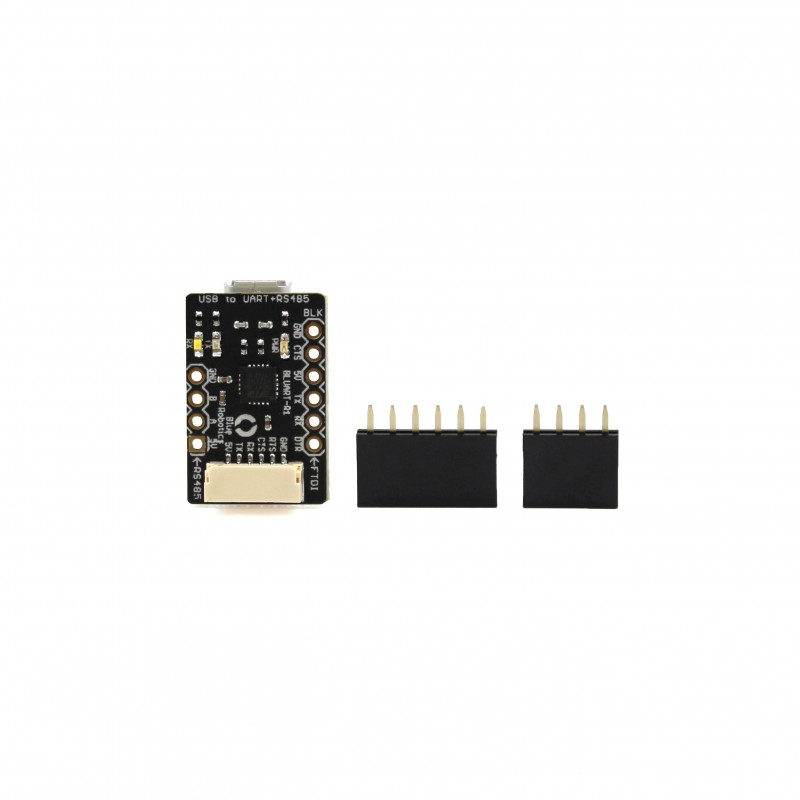 This compact adapter connects to USB and provides a TTL serial port or RS485 serial port connection. Recommended for use with the Ping Sonar.

The BLUART USB to Serial and RS485 Adapter is a tiny circuit board capable of interfacing via USB with devices that use serial UART or RS485 communications.

UARTs (more commonly known as serial ports) are used on a wide range of devices such as Arduino microcontrollers, subsea sensors, and our Ping Sonar. A UART uses separate transmit (TX) and receive (RX) signal lines, which allows full-duplex communication.

RS485 is a variation of serial communication intended for communication over long cable lengths. RS485 uses a differential signal on a twisted pair of wires, which protects the signal integrity over hundreds of meters of cable length. The same wires are used for both transmitting and receiving, so you can only do one at a time. This is called half-duplex. Many subsea sensors and tools including sonars, water chemistry sensors, and manipulators use RS485 communication.

The BLUART has JST-GH connector ports and through-hole options for either serial UART or RS485 connections. Only one connection type may be used at a time. The indicator lights signal for adequate power and when receiving and/or transmitting data. 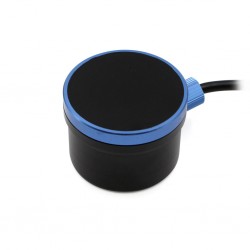 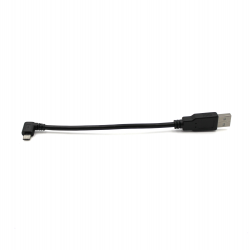