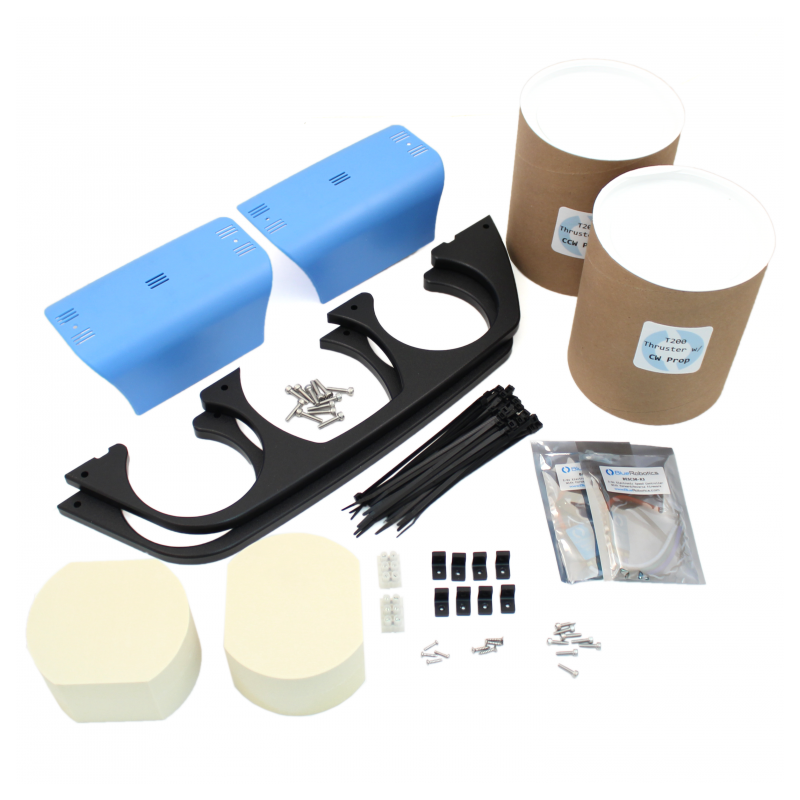 With that upgrade, you’ll gain 6 degree-of-freedom control and active stabilization in roll and pitch making the BlueROV2 Heavy the most stable but maneuverable mini ROV on the market.

We’ve been planning this add-on for a long time – since before the BlueROV2 was even launched. Because of that, every BlueROV2 out there already has the mounting holes needed to upgrade to the heavy configuration.

This retrofit kit also includes additional buoyancy for more stability and lifting capacity. There’s a new round buoyancy foam block that fits in the void left by the original vertical thruster and a new fairing to bridge the gap between the old ones and keep a clean, hydrodynamic design.

The upgrade to the heavy configuration is fairly straightforward and requires the use of two additional penetrator holes on the back end cap. The retrofit kit includes two additional Basic ESCs as well as two three-position terminal blocks to make wiring easy. It’s a bit of a squeeze to get the new ESCs in place but we have a clear set of instructions on how to do that!

The center video shows the ROV holding orientation while we pull on the tether to show the pitch stability. The ROV holds a steady camera view regardless of what’s going on.

This stability control is really useful when you’ve attached large payloads to the ROV, like a payload skid, or when you’ve got a lot of tether in the water, because it automatically corrects any unusual dynamics or imbalances. This is especially useful when using an ROV sonar like the Ping360 Scanning Sonar.

The BlueROV2 Heavy configuration also unlocks full six degree-of-freedom control for the vehicle and we’ve also put a lot of time into supporting that in ArduSub. Check out these new maneuvering capabilities that are truly unique compared to almost any ROV!

Combining that with the feedback stability control, you can orient the ROV in any position and control it just like normal. This is cool and fun to pilot, of course, but it also opens up a lot of new operational possibilities, especially when used with end effectors like the Newton Subsea Gripper.

The BlueROV2 Heavy retrofit kit can be added to any existing BlueROV2 and can also be purchased alongside new ROVs. The heavy guard, new buoyancy foam, and new fairing are also available separately. Please visit the documentation pages for assembly instructions, tutorials, and to learn how to pilot the vehicle in six degrees of freedom. 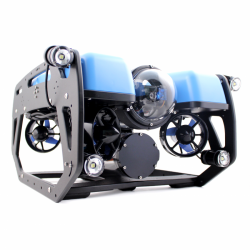